Back in the swing...

So it's been a while, ok a LONG while, since I've made a blog entry. I've been busy with various projects and gotten sidetracked once again with paying the bills instead of being creative. I've had the main job, as well as various part time second jobs here and there, and I've moved from my home of the last five years into a smaller one, albeit in a much better area. As I sit here, looking at the pile of boxes that was once my home office/studio, I am fashioning a plan to declutter and condense my workspace to the things I do best. In an artistic sense, that is drawing.

Being so wrapped up in the daily grind becomes stressful, so I've decided to force myself to devote at least a few minutes each day (which will probably turn into each week) to my art. No matter what anyone else has going on around me, I still have to find time to feed my own soul.

To kick off my new regimen and get back in the swing, I've decided on a piece that I've been pondering for a while. A couple of years ago, I was looking through some old photos that my mom had cleaned out and came across a set of pictures that were taken with my father, my uncle and their good friend back in 1972. Clearly the set of pictures was from the same outing, as they were all wearing the same clothes and it looked like they'd passed the camera around because never were they all three in a single shot. Two of these photos were against the same backdrop, so I'm going to take both of those and combine them so that all three of them are in the frame together.

For me this is a journey, and an homage. All three of these men, who each played important roles in shaping my life, have since passed on. Capturing them during a carefree and happy moment will help me carry the memory forward in a spirit worthy of the three free spirits in the photos. Below is a crude stitched together version that I've put together in Photoshop to use as my reference for the finished piece. From left to right: my father, my uncle and their good friend. So now begins the journey of Fathers, Uncles and Friends. 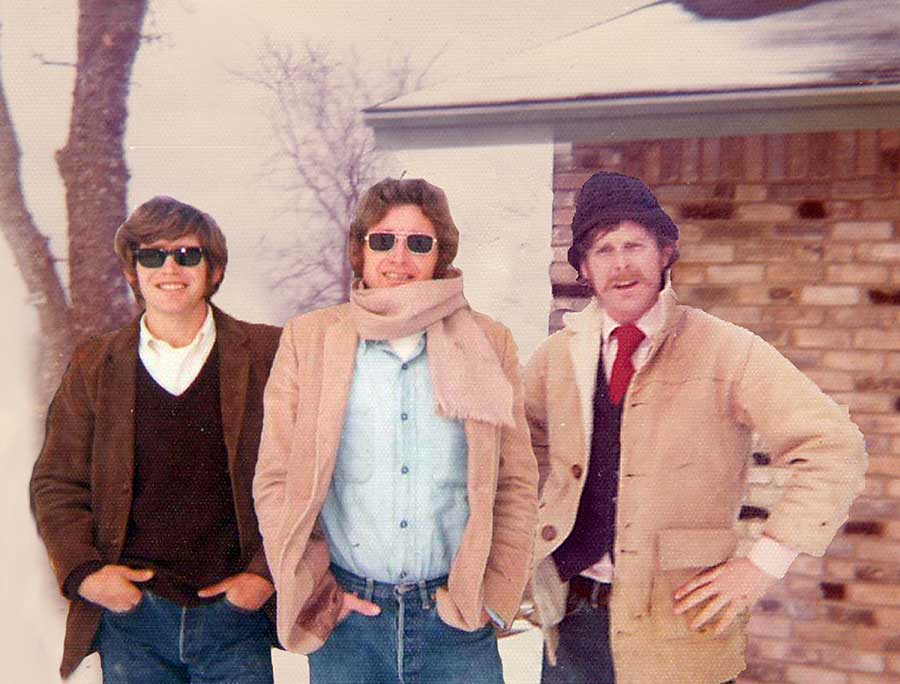